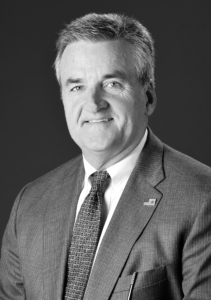 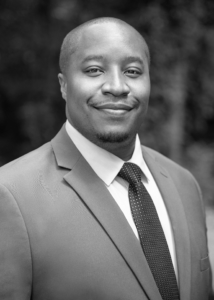 Marshall Freeman serves as Chief Operating Officer where he is responsible for creating innovative programs, events and opportunities that engage existing and prospective partners of the Foundation. He leads a team that manages programs and initiatives designed to prevent and decrease crime, enhance public safety infrastructure, increase police visibility, provide mid-career training to Atlanta Police Department officers, and test and acquire state-of-the-art technology for the south’s largest urban police force. For the previous 18 years, Marshall has managed large-scale events across the country and developed strategy for many celebrity clients. Marshall is a proud graduate of Johnson & Wales University and native of Detroit, Michigan. 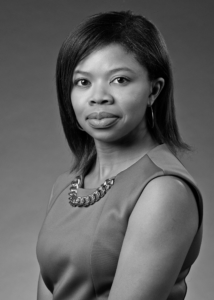 Courtney Collins serves as the Vice President of Operations and Administration. She is responsible for overseeing all Operational and Administrative functions including accounting & finance, human resources and board management. She brings more than a decade of experience in the nonprofit sector. She is an active member of the Junior League of Atlanta, currently serving on its Public Policy & Political Affairs committee. Courtney received both her Bachelor’s and Master’s Degrees (Master of Public Administration & Policy) from the University of Georgia and is a proud “Double Dawg!” 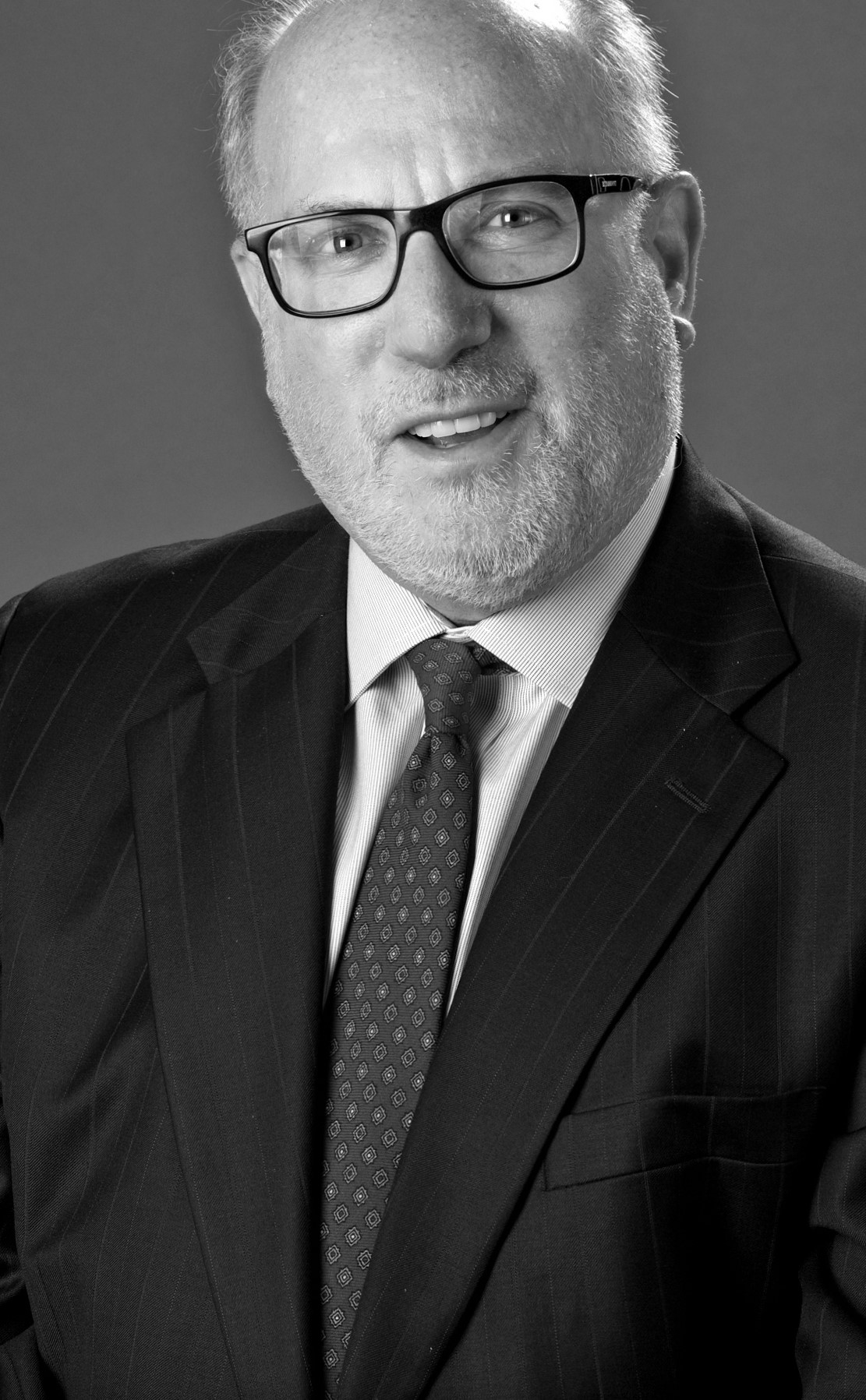 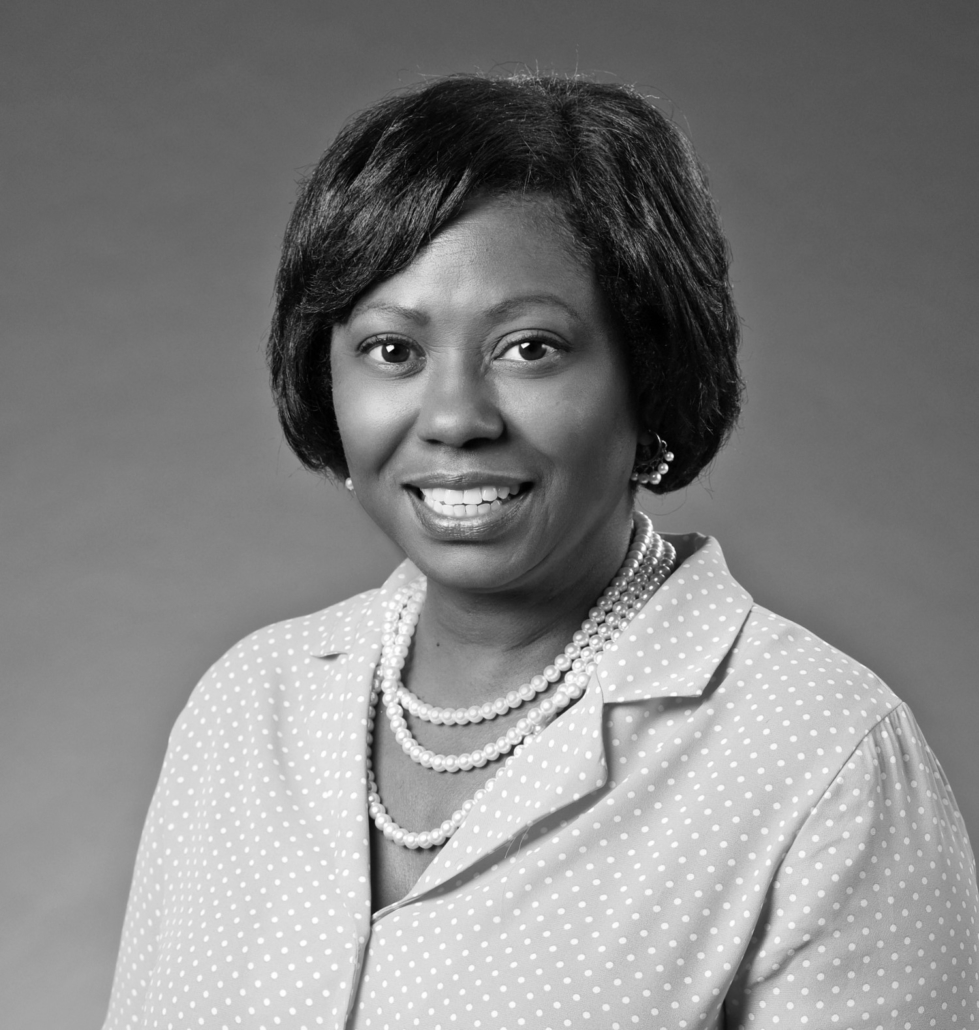 Karen Rogers serves as the Director of Community Development.  She is responsible for managing the operations of the Westside and Southside Security Plans, crime and safety initiatives that integrate crime control and reduction with neighborhood revitalization.  With 18 years of experience in governmental community development, she serves as the Foundation’s liaison responsible for strategic planning, community and partner engagement, land acquisition as well as officer housing and At-Promise Center development. In addition, she administers operations for the Westside Blue Security Patrol and the Westside Advisory Board.   Aside from community development, Karen is a native of Atlanta and has been heavily involved over the years in volunteerism and service to various non-profit boards and commissions.  She received her Master of Science in Community Economic Development from Southern New Hampshire University.  Through her dedicated leadership the Foundation has become a household name on the Westside. 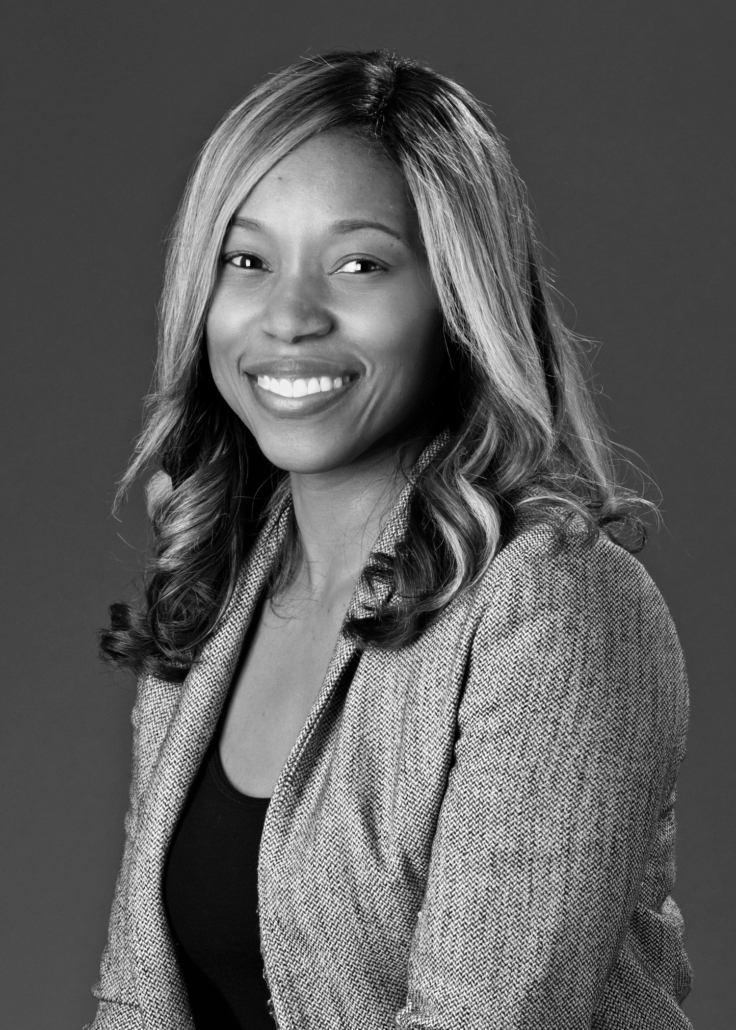 Lakeisha Walker serves as the Assistant Director of Youth Programs and oversees day to day facility operations of the At-Promise Center. She is responsible for managing the At-Promise Youth Initiative, ensuring program integrity and implementation and maintaining strong relationships with key stakeholders. Lakeisha has spent the last 16 years serving various Atlanta communities, through collaborative programming, with a focus on youth.  She is a native Atlantan and takes pride in overseeing juvenile crime reduction programming in the Historic Westside community where she grew up. Lakeisha has a B.S. in Criminal Justice from Bauder College and believes a youth’s home environment and community resources have a huge impact on how their personalities and priorities are formed. 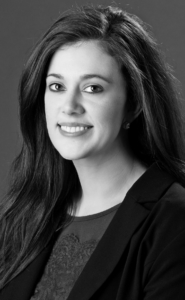 Kelsey Hull serves as the Communications Manager for the Atlanta Police Foundation. She graduated from the University of South Florida with a BA in Public Relations and has worked in diverse communications roles in various sectors. Kelsey specializes in strategic branding and communication, project management, social media strategy, and serving as a public liaison. She hopes to use her experience to build community relationships and help accomplish APF’s mission. 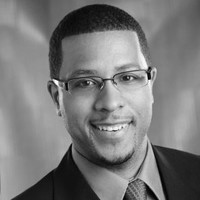 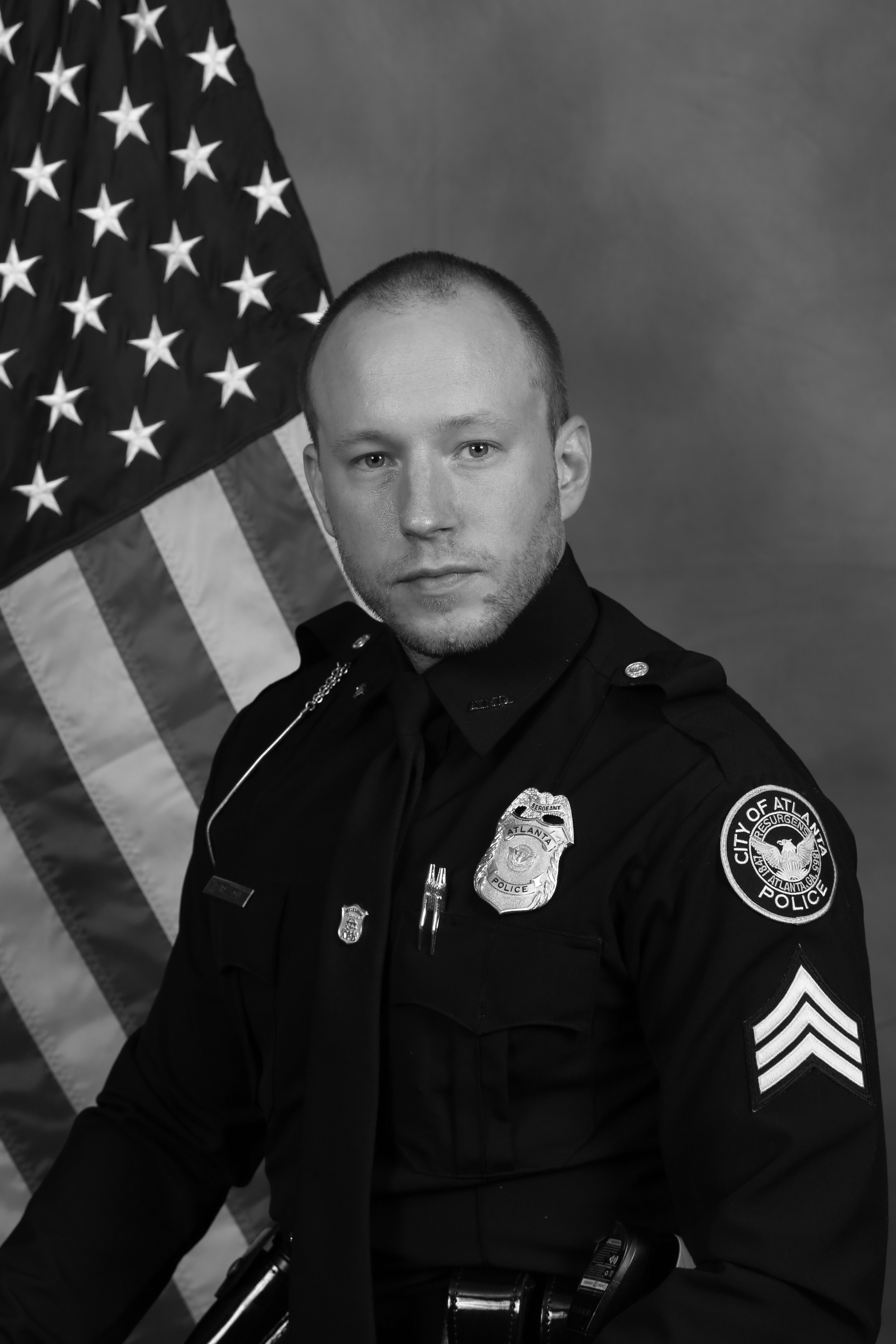 Sergeant Ronald Paxson is the Director for the Crime Stoppers Greater Atlanta program. He has been with the Atlanta Police Department for nine years. Sergeant Paxson has been received numerous awards and commendations during his time with APD including the Judge Arthur Kaplan Community Service Award in 2013, The Atlanta Police Department Commendation Award in 2016, the Atlanta Bar Association Officer of the Year Award in 2016 and the Atlanta 300 Club Officer of the Year Award in 2017. He served Southwest Atlanta for much of his career, working on crime suppression, was appointed to Investigator in 2015 and then promoted to Sergeant in 2018. Sgt Paxson was raised in Buffalo NY, but now calls Atlanta home. He is happily married and  a hero to his son and two daughters. 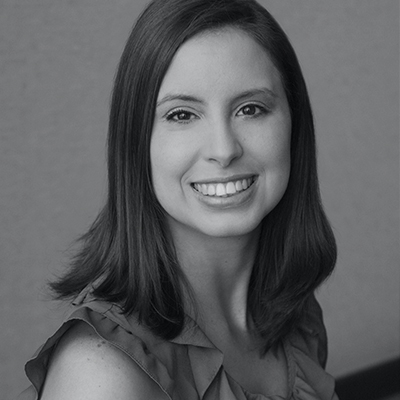 Danielle serves as the Atlanta Police Foundation’s Development and Operations Manager. She is responsible for overseeing Operational and Developmental functions including accounting, donor acknowledgements, board governance and prospecting. Danielle graduated from the University of North Carolina at Charlotte with a B.A. in International Studies, and Communications, minors in Japanese, and Journalism, while also earning the Epley Undergraduate Certificate in International Public Relations. Danielle joined the Atlanta Police Foundation in 2016 and strives to use her expertise to further the mission of the Foundation. 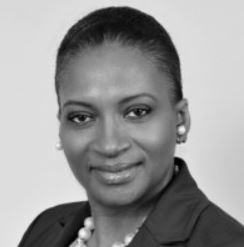 Curtislene Bass serves as a program manager responsible for the establishment of the Metro ATL Crime Lab chartered to conduct and provide ongoing research and analytics of the crime statistics of metro Atlanta in collaboration with Georgia State University – Department of Criminal Justice.  Before joining the Foundation, Curtislene retired as the marketing program manager for the US federal accounts at IBM. During her tenure with IBM, Curtislene had opportunities in sales, training and marketing throughout the US and internationally.  She is excited about joining the Foundation to use her professional experience to further expand the impact of the Foundation on the city as well as live out a lifelong dream to be involved in law enforcement. 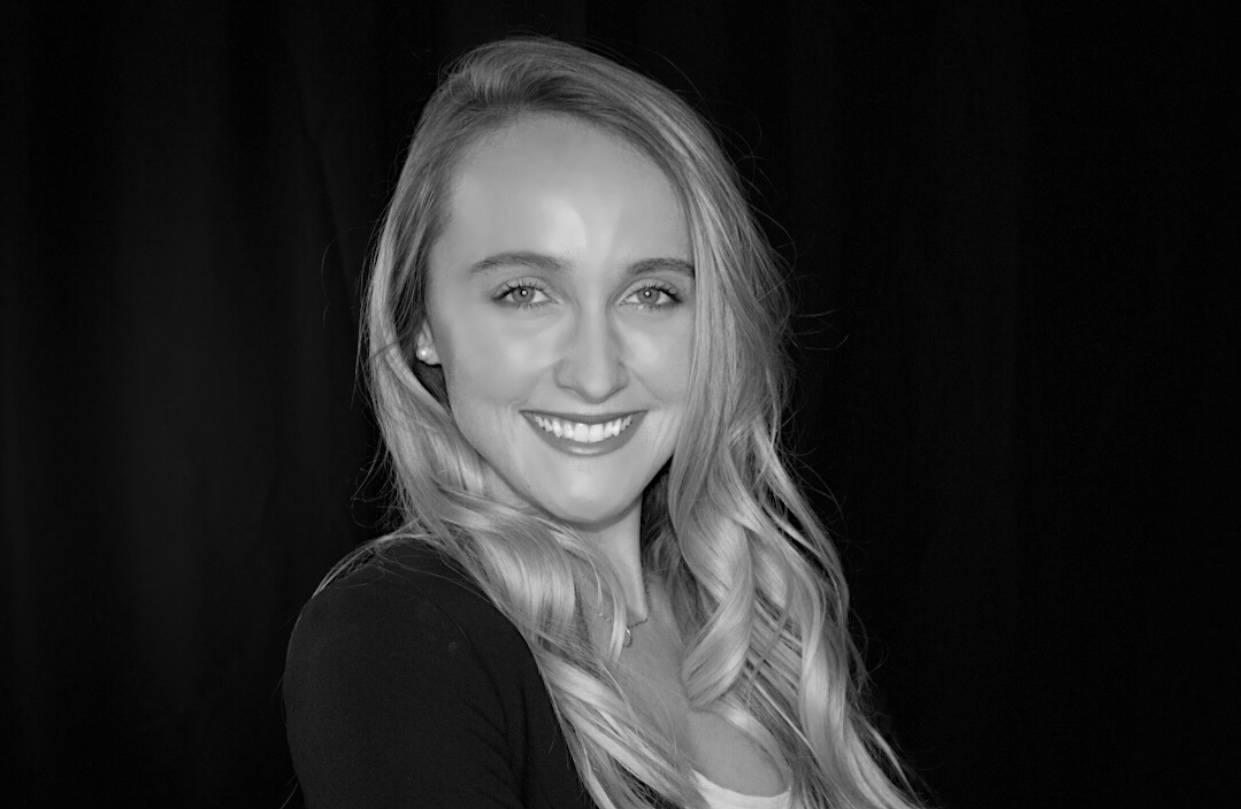 Rachel Tolleson serves as the Annual Giving Manager where she manages and executes the Atlanta Police Foundation’s fundraising and donor relations. With her critical thinking skills and passion for public safety, she is an essential ambassador between responsibilities. Rachel takes pride in bridging the gap between community members and law enforcement for the City of Atlanta and is a true representative for everyone. While Rachel’s versatility allows her to work cross-functionally, her unmatched attention to detail makes her an asset in all departments. She oversees the Foundation’s Young Executives Board as well, which consists of rising young professionals eager to have a personal influence in public safety. Rachel is a graduate of Emmanuel College where she graduated with a B.S. in Business Administration and received a scholarship to play collegiate volleyball 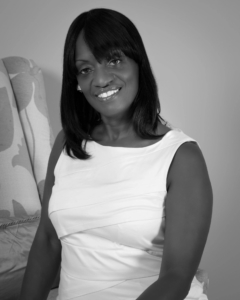 Audrey serves as Operations Coordinator for the Atlanta Police Foundation. She has an undergraduate degree in Accounting and a Masters in Business Administration. Audrey works with operations and administrative functions, i.e, donor pledges, cash applications, onboarding new hires and insurance contracts. Audrey is committed to serving our community through different sectors, such as the homeless, domestic violence and teen mentoring and public speaking.