Officer Rackella Johnson, a 6-year veteran of the Atlanta Police Department, has three years of experience in the saddle with the Mounted Patrol.  After joining the force in 2013, she handled 911 calls in Zone 4 before making the switch from patrol car to horse.  When she’s not in the saddle, Officer Johnson enjoys long walks on beaches and is a competitive ping pong player.

Cody, otherwise known as “Coco”, a rambunctious, energized, gray Tennessee Walking horse, joined the Atlanta Police Department at the tender age of 3.  Cody loves patrolling downtown and gazing at the Atlanta skyline from Piedmont Park.  If you stop by the barn, be sure to stop by Coco’s stall and nuzzle up to his muzzle. He’s a giant snugly poodle who loves to have his head rubbed.

Fun Fact: Even though she was bucked off a horse at a full gallop during training,  Officer Johnson toughed it out and expertly handles one of the most rambunctious horses in the herd, Cody. 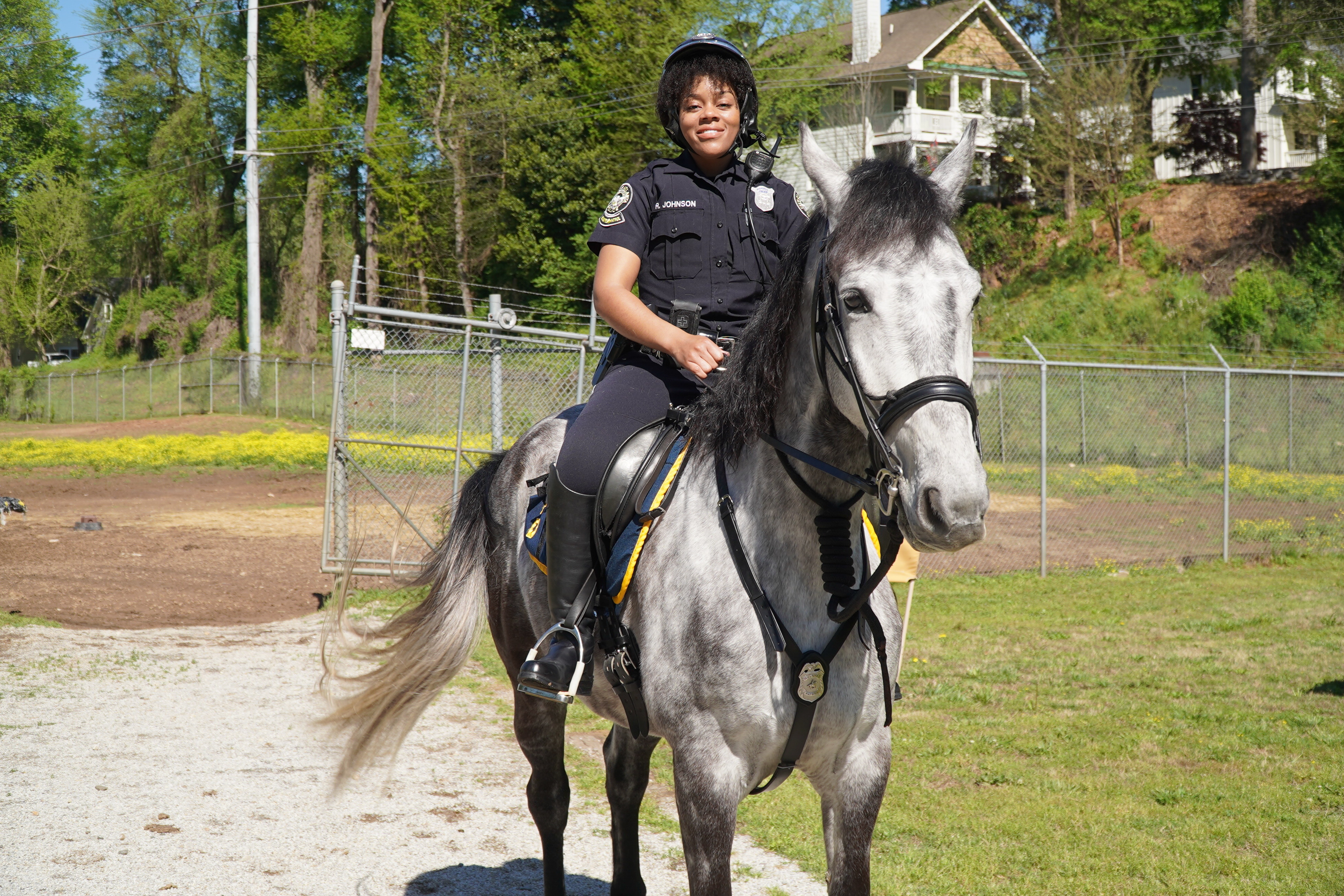