Once upon a time, Gambit, formerly known as Souper True, lived a life of fame as a race horse contender. He competed in eleven races!  But although he was a star on the track, Gambit knew his whole life that his true calling was to serve and protect as a police horse.  Gambit is a 6-year-old dark bay Thoroughbred who joined the unit in February of 2019 which makes him the newest member of the herd. He’s already been paired with a rider, Officer Juan Restrepo, who is the human rookie of the Mounted Patrol. Gambit is new to policing but he’s eager to learn and even caught a burglary suspect on his second day on patrol! 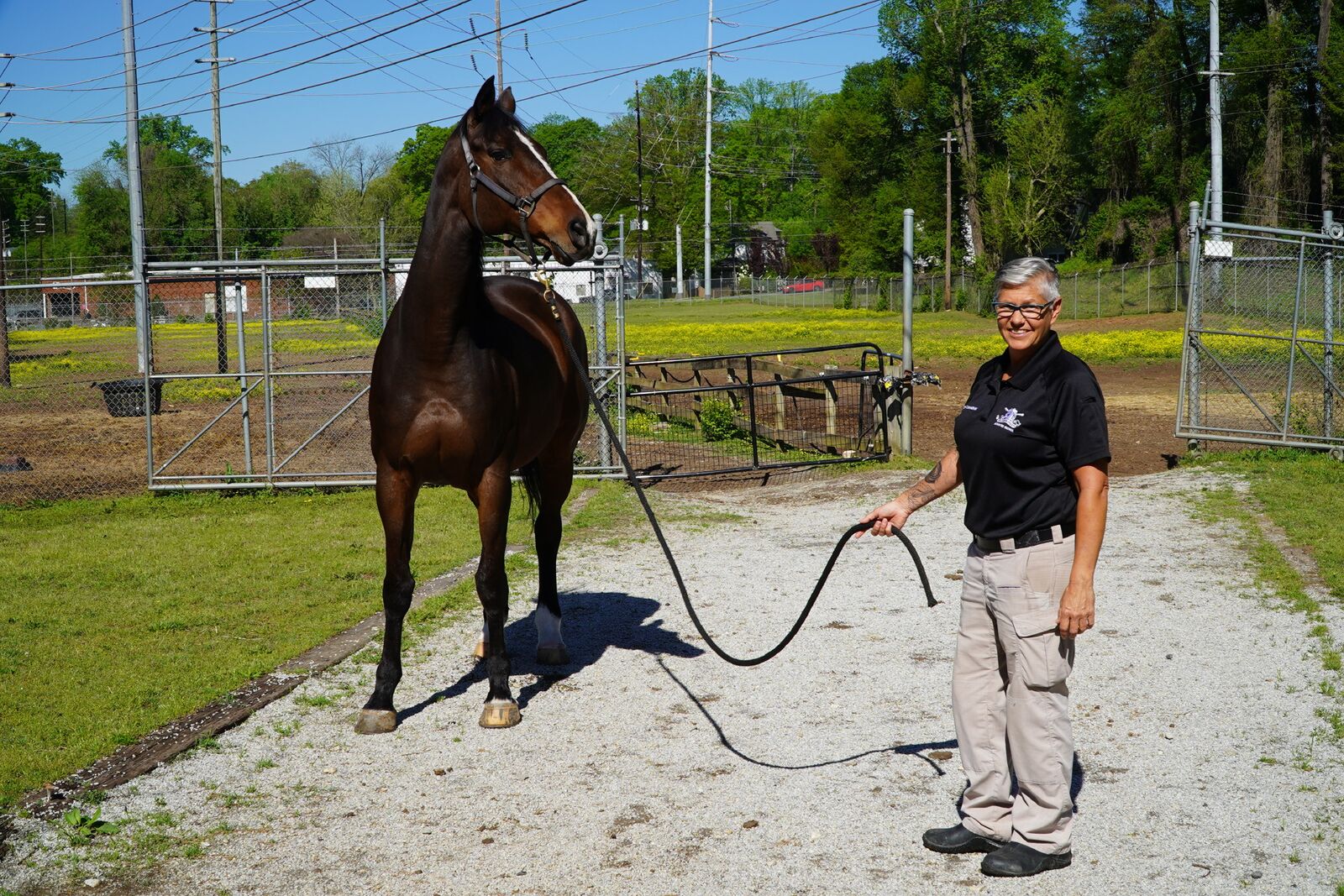