Maverick, 12, formerly named Sir Bandit Outlaw, has given up his life of crime to join those in the fight against crime. Maverick has been with his handler, Officer Trever Harris, for two years. Maverick is a buckskin Tennessee Walker native of Shelbyville, Tennessee.  He is playful in nature, full of attitude, and craves attention. You can find Maverick and Officer Harris patrolling the streets of Downtown Atlanta looking for thieves. 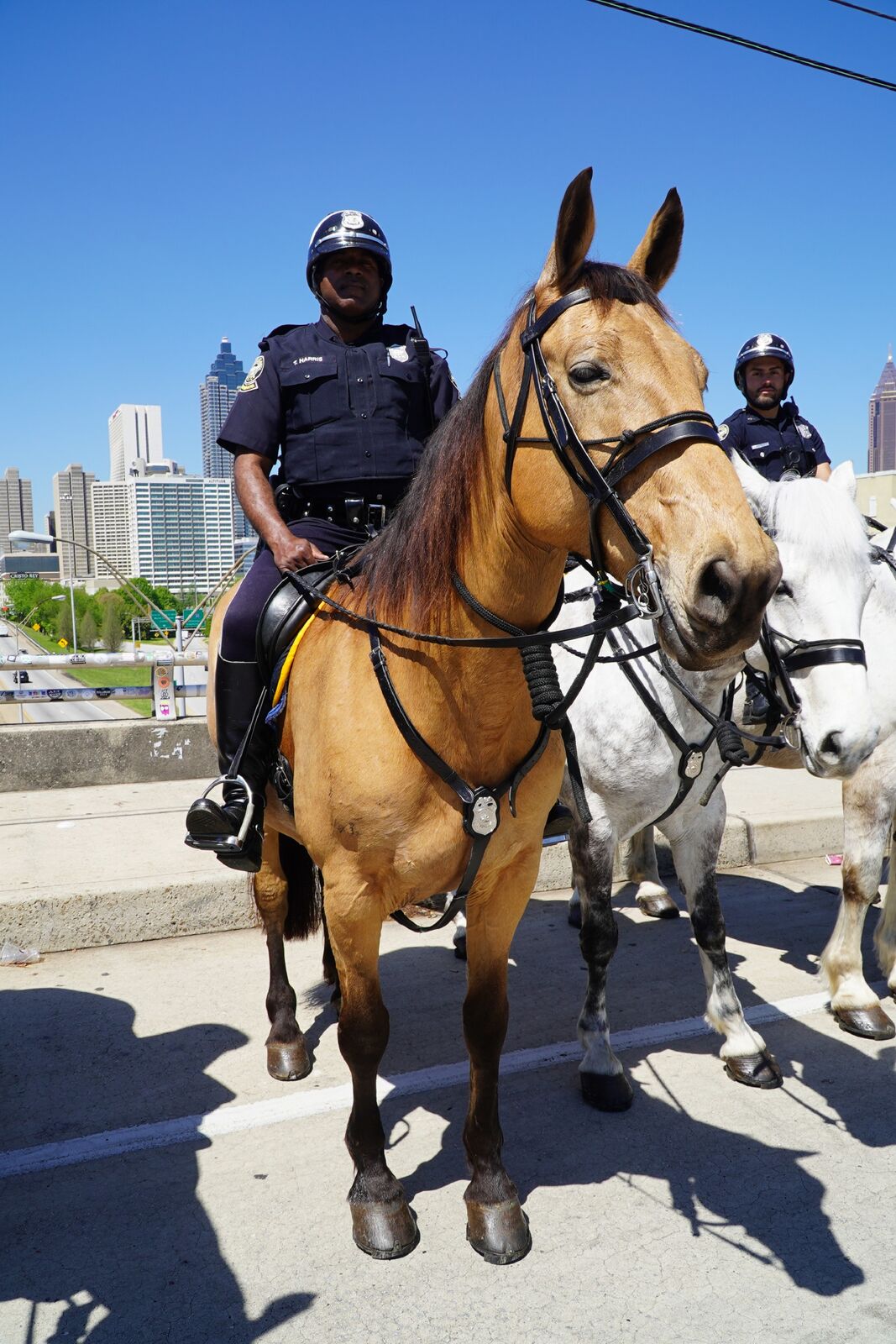