Officer Ryan Dobler was hired by the Atlanta Police Department in August 2010 and assigned as a recruit the Mounted Patrol to assist the unit with their daily barn management. Officer Dobler developed an interest with the Mounted Patrol, but after completing the police academy, was assigned to handle 911 calls in Zone 5.  He became an FTO – Field Training Officer – and trained new officers fresh out of the academy until he was selected to join the Mounted Patrol in 2016. He soon found himself squared off with Oreo, and the two have been competing with each other ever since to determine who will be the boss.

Oreo is a 15-year-old Percheron/Thoroughbred cross and stands 17.1 hands high.  Oreo started his working career as a superstar in the dressage arena.  After being donated to the Atlanta Police Department, he’s become a superstar in the streets of Atlanta. While on patrol downtown, Oreo loves showing off his dance moves to anyone who will watch.  Back at the barn, however, Oreo transforms and becomes quite a chore to handle.  While being groomed, he’s always tap-dancing and passing back and forth.  His rider, Officer Ryan Dobler, is constantly avoiding Oreo’s hooves so as not to get stepped on.  Oreo is working on his manners as he occasionally bullies the other horses.  Although not the herd’s alpha, Oreo never passes up an opportunity to nip or kick at another horse even when we are riding in formation. His rider, Officer Ryan Dobler, must be constantly alert for Oreo’s shenanigans. 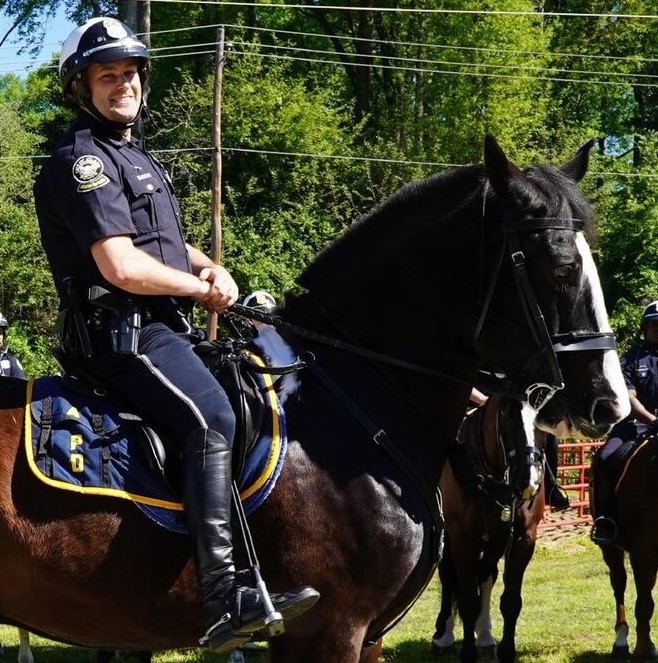 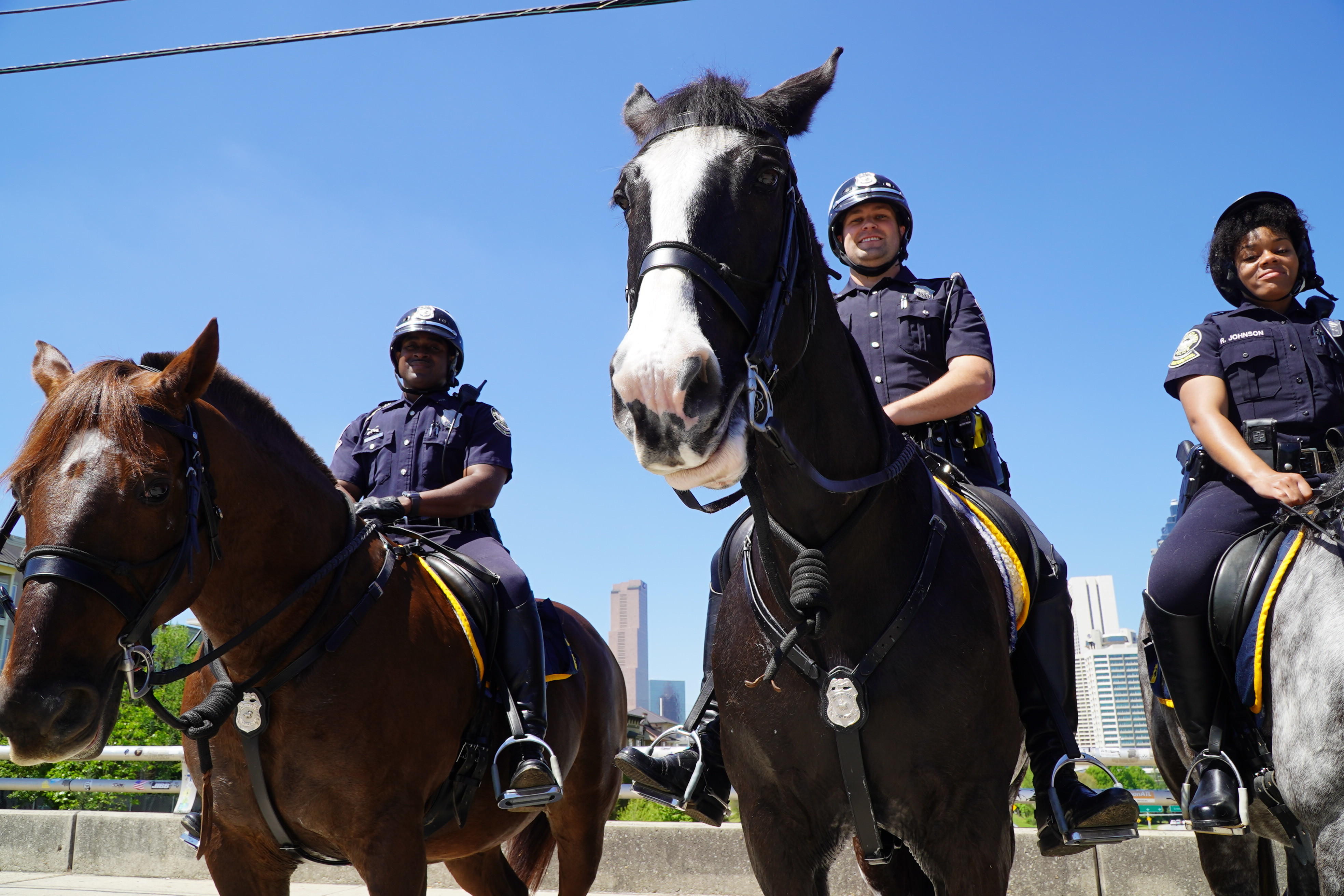