Officer Joseph Williams joined the Atlanta Police Department In 2011. After 5 years answering 911 calls in Zone 3, he was invited to join the Mounted Patrol Unit in 2016.    Officer Williams’ calm demeanor was a perfect match for his mount, Jake.   Officer Williams enjoys interacting with the community atop Jake and patrolling high crime areas to help keep our citizens safe.

Jake is a 22-year-old Percheron that weighs close to 2,000 pounds!   He has served over 12 years with the Atlanta Police Department’s Mounted Patrol. Early in his career, Jake was a bit of a rebel and was sent to horse boot camp to learn how to be a police horse.  After a month of training, Jake returned a completely different horse. He still tends to tap dance around marching bands or diesel engines, but is otherwise one of the smoothest rides in the herd!  During the winter, Jake’s coat grows like no other horse in the barn turning him into a giant teddy bear earning him the nickname Fluffy during Super Bowl 53. Jake is ridden by Officer Williams and they make a cool, calm, and collected team.  Jake is always hungry so swing by the barn and feed him an apple. 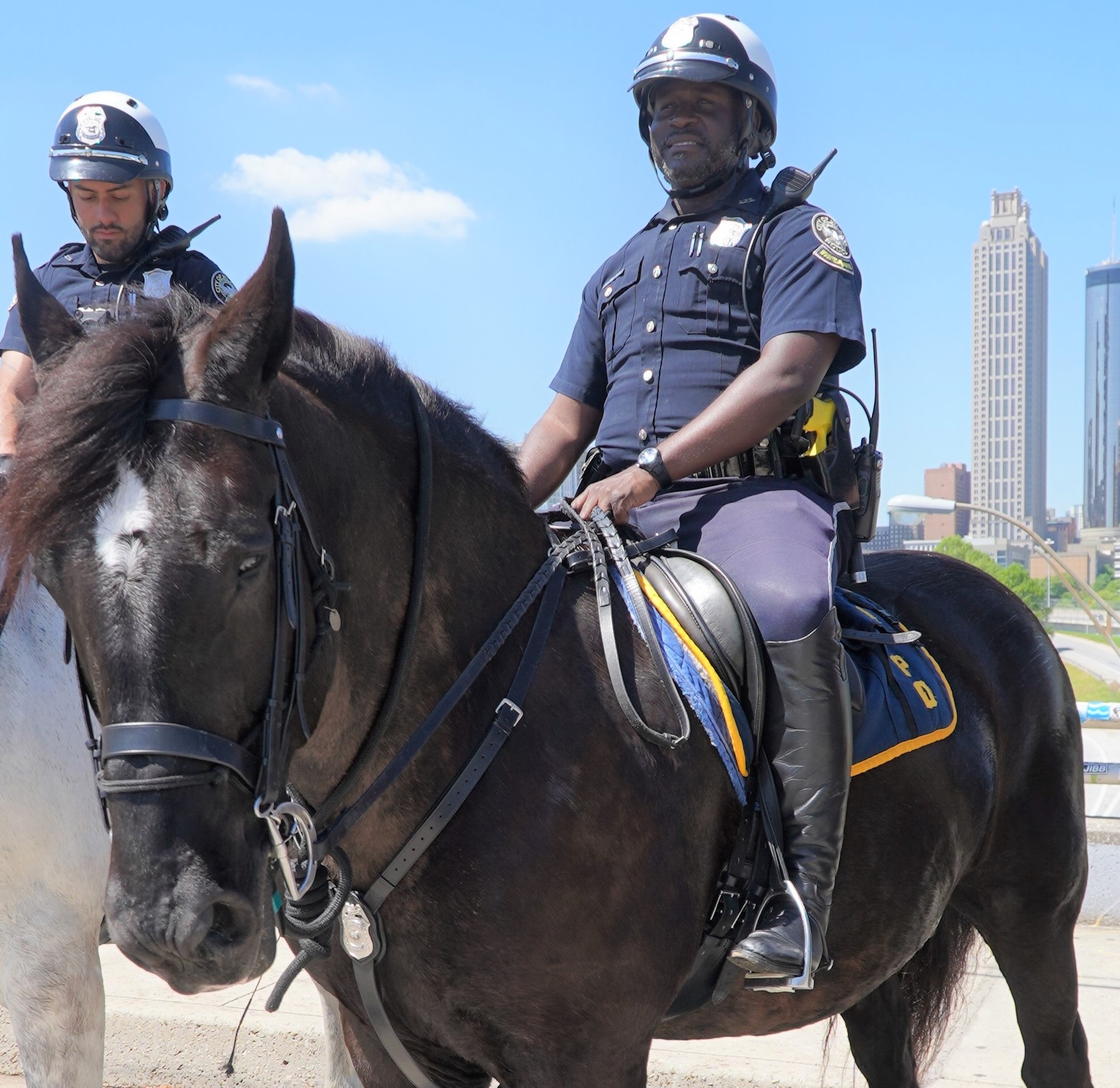