Officer Larry Sheppard joined the Atlanta Police Department in 2013.  In 2016, Officer Sheppard decided to try out for the Mounted Patrol and give horseback riding a try. He passed and was invited to the unit in May of that year.  Officer Sheppard was part of the herd that ran down and captured three armed car jackers near Piedmont Park while riding his partner, Joker!

Joker is a 13-year-old Tennessee Walking horse from Cartersville, Ga. Joker joined the Mounted Patrol in 2013 and is currently ridden by Officer Sheppard. Although Joker is partially blind in both eyes, he is still one of our strongest patrol horses.  In fact, Joker is so relaxed on street patrol that he has been known to fall asleep at red lights!  Officer Sheppard and Joker enjoy serving the citizens of Atlanta and can be seen daily in downtown Atlanta. 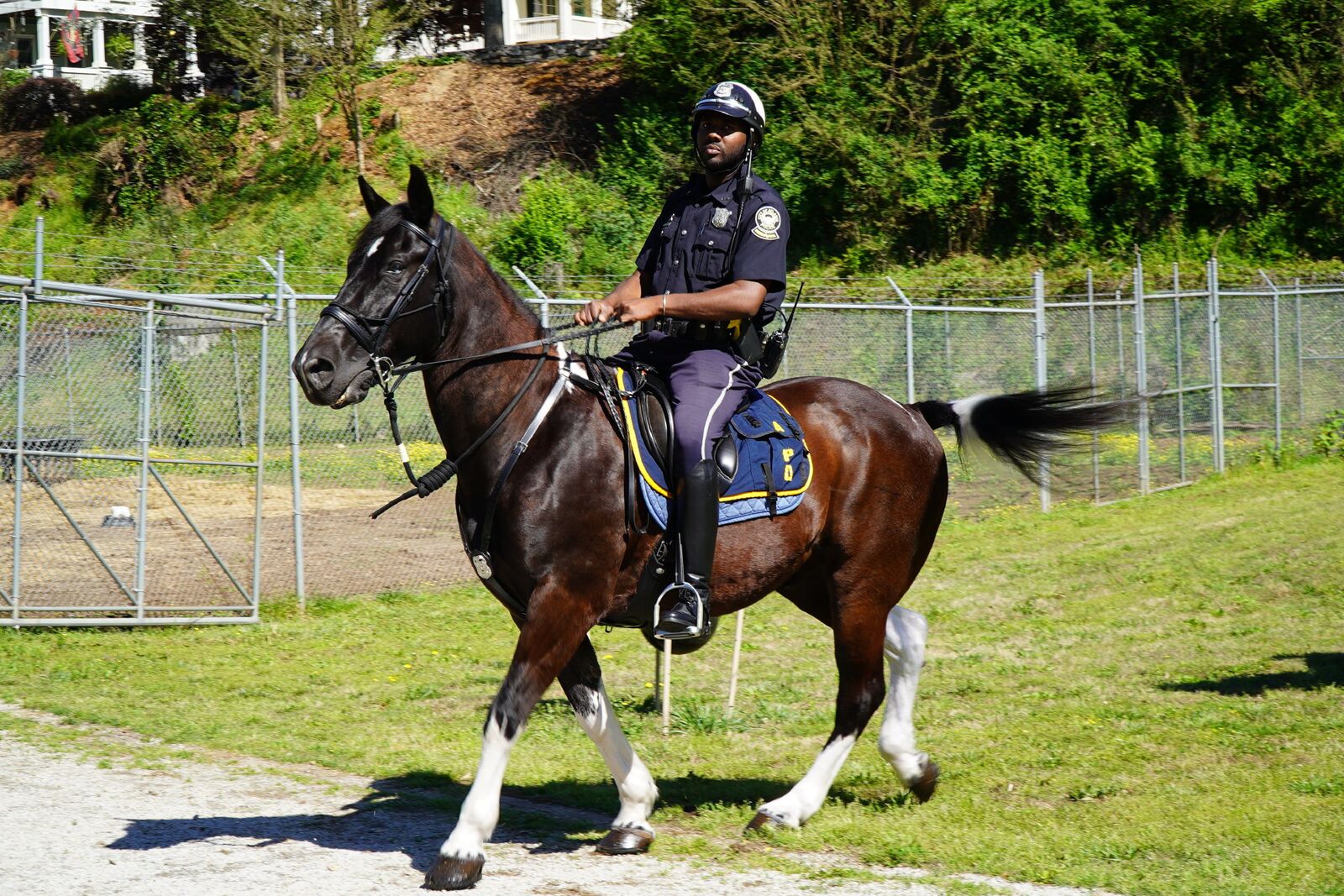